Dr. Thomas Gross has become one of the national leaders in developing metal-on-metal hip resurfacing replacement. 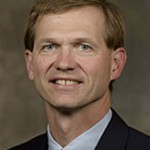 He is a specialist in joint replacement surgery of the hip and knee. He has been in private practice in Columbia, South Carolina with Midlands Orthopaedics, a premier group of orthopaedic subspecialists, since 1994.

He attended medical school at Johns Hopkins University, and completed his orthopaedic surgery residency there as well. During ten years at America’s most renowned medical training centers, he was able to learn from some of the world’s leaders in medicine, surgery and especially joint replacement. Under the influence of experts such as Drs. Brooker, Riley, Krackow and Hungerford, he began developing an interest in complex joint reconstruction and joint implant design.

He further honed these skills and became expert in custom implant design during fellowship training with one of the world’s foremost experts in custom implants and surgical robotics, Dr. William Bargar, Sacramento, California.

Since 1994 in Columbia, South Carolina, he has developed first a regional and now a national referral practice of complex joint reconstruction problems. In addition to routine hip and knee replacement surgery, his interests include:

He has become one of the national leaders in developing metal-on-metal hip resurfacing replacement. This is a durable solution for the young, highly active, patient, who wants to avoid the bone loss and limitations inherent in standard total hip replacement. He first performed this procedure in July of 1999. Since then he has led a multi-center FDA Study with CORIN to bring this procedure to the United States. This study was submitted in March of 2005. The implant was approved for sale in the USA in July 2007.

During this time he has refined the procedure, which was developed in England. He is now able to routinely perform this operation using a minimally invasive approach through a four-inch incision. He has performed over 3600 of these operations with patients traveling from all over the country and several from overseas for this procedure.

He has also developed a technique for minimally invasive Total Hip Replacement through a single three inch posterior approach (four inch for most Total Hip Resurfacings), which has been safely performed on hundreds of patients since 2001. With minimally invasive techniques and a comprehensive multimodality pain management system, most hip replacement surgery now only requires a single night’s stay in the hospital.

For the last five years, he has worked with BIOMET to design and develop a new and improved Metal-on-Metal Hip Surface Replacement System as well as a Large Bearing Total Hip Replacement System. The BIOMET Recap Femoral and Magnum Acetabular System as well as the Magnum Large Bearing Femoral Head for Stemmed Total Hip Replacement were cleared by the FDA and released for sale in the United States in December 2004. In the U.S. use of the Recap Femoral component together with the Magnum Acetabular component for a Total Hip Resurfacing Procedure constitutes an off-label use. (This is legal: It is up to the surgeon to decide how he wishes to use these implants). In the remainder of the world, total resurfacing faces no restrictions, and BIOMET can market the Recap and Magnum as total hip resurfacing devices. Because of our FDA, this country is probably the only one where is it difficult to get a total hip resurfacing done.

The new BIOMET implant was designed to my specifications. There have been numerous improvements made over previous implants. Primarily, the instrumentation has been improved to allow the surgeon to more accurately and reproducibly prepare the bone for the implant. The implants are thinner than all others on the market. They are also supplied in 2 mm. increments to allow very accurate matching of the implants to the patient’s actual size. We now have available the first porous coated, uncemented femoral component (implantation began in the US in April 2007).

Other areas of development include a large bearing metal-on-metal acetabular component system for severe dysplasia and revision Total Hip Replacement as well as an uncemented mobile bearing Total Knee Replacement System coupled with minimally invasive instrumentation and surgical navigation. However, it may be years before these become available.

American Board of Orthopaedic Surgery
Board Certified, July 11, 1996